OPINION!! The Indigenous People Of Biafra (IPOB) Is Now A Childplay (See How) 28 views 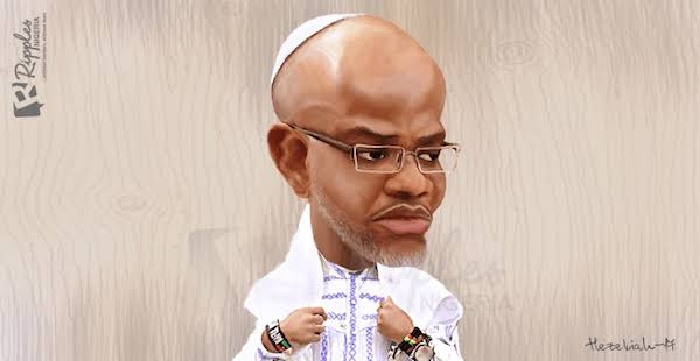 The Indigenous People of Biafra, IPOB, on Wednesday, explained why Simon Ekpa may no longer continue as a broadcaster on Radio Biafra. 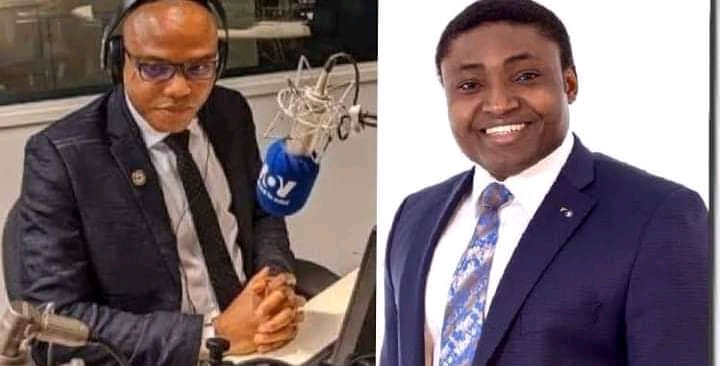 IPOB disclosed that Ekpa has refused to follow laid down rules of operation in Radio Biafra, hence the need to discontinue with his services.

Ekpa was engaged as one of the broadcasters on Radio Biafra, shortly after the rearrest of Nnamdi Kanu, leader of IPOB.

However, the group said Ekpa’s services may no longer be needed because he has refused to sign the rules of engagement and code of conduct guiding those broadcasting on Radio Biafra.

A statement by Emma Powerful, reads:

“Mazi Simon Ekpa has refused to sign the rules of engagement and code of conduct guiding those broadcasting on Radio Biafra. We don’t understand why Mazi Ekpa would not like to follow the steps of other broadcasters on the platform who have since done the needful.

“IPOB is a big movement, and cannot just change the rules because of one individual as this may set a bad precedence. Mazi Simon Ekpa is hardworking Biafran whose immense contributions towards the restoration of Biafra are highly appreciated, but for not signing the code of conduct as a broadcaster on Radio Biafra, he may not continue to have the opportunity of broadcating via the platform.

“This decision was not intended to ridicule or undermine anyone but to prove to all that due process cannot be compromised in IPOB. IPOB is a well structured movement where activities of members are regulated with well-thoughtout rules. No one should act in a way that suggests that the laws are meant for certain group of people.

While Mazi Simon Ekpa has the right to make his broadcasts on Facebook and other platforms of his choice, he may no longer broadcast on Radio Biafra as one of the official broadcasters.”

MY THOUGHTS:
I think the whole concept of the IPOB is gradually become childish now. Anyone could be employed and sacked at any given time? Wow!

You recall that the deputy leader, Uche Mefor lately 2020, fall out with his boss, Nnamdi Kanu and floated a new radio station called Biafra Human Rights and Freedom Radio (BHRFR}.

According to reports, Mefor fell out with Kanu because he wasn’t comfortable with the idea of his former leader consistently claiming that President Muhammadu Buhari is dead and has since been replaced with one Jubril Al Sudanni from Sudan.

And now Simon Ekpa is sacked too!

Well, you may agree or disagree.

The Indigenous People Of Biafra (IPOB) Is Now A Childplay -DO YOU AGREE?

'What We Will Do In Anambra To Stop Election'- IPOB
BE HONEST!! What Would You Do If A Woman Slap You For No Good Reason? Return The Slap or Walk Away?
DO YOU AGREE? Islam Is The Most Confused & Difficult Religion To Practice On Earth! (See This)
LET'S TALK!! Is Bishop David Oyedepo A Real Man of God or A Businessman?
[A MUST READ] "The Origin of The ‘Christian’ Cross" - Christ Did Not Die On A Cross - Cross Is Demon...
SHOCKING!! Nigerians Blame Desmond Elliot For The Divorce Of Bill Gates & His Wife Melinda Gates (Se...