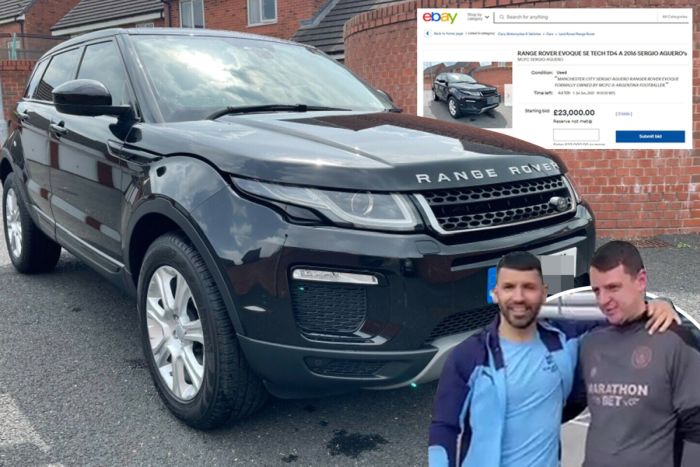 A CAR gifted to a Manchester City kit man by Sergio Aguero is on sale for £23,000 on eBay just days later.

The 2016 Range Rover Evoque was won by Ally Marland in a raffle organised by the departing striker to thank staff.

But Ally, who has been at the club since 2012, and his wife Nicky already have cars.

So Nicky has put the motor, with just 10,500 miles on the clock, up for sale with five per cent going to Derian House Children’s Hospice in Chorley, Lancs.

“We are aware of the work they do and how they rely on donations to operate.”

Aguero, who is leaving for Barcelona, spent £60,000 on watches for all the City staff.

He also put them into the car raffle and the star, 32, hugged Ally as he handed him the keys.