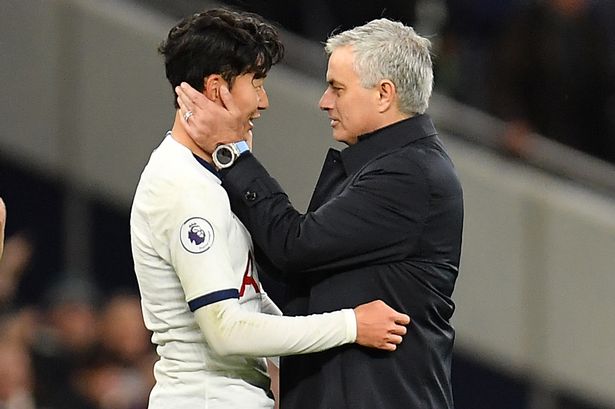 Heung-min Son says it is “so sad” that Jose Mourinho left Tottenham without delivering tangible success, with the Portuguese still considered to be “one of the best managers in the world”.

Spurs decided to part company with a proven winner days before they lined up against Manchester City in the Carabao Cup final, with critics of a supposedly defensive mindset and apparent lack of progress leading to a big decision being made.

Caretaker coach Ryan Mason was unable to deliver long-awaited silverware after taking the reins, with Mourinho now mulling over his options as the former Chelsea, Real Madrid and Manchester United coach waits on offers to return to the dugout.

Son remains disappointed that Spurs were unable to deliver another entry on a distinguished roll of honour for Mourinho, with the South Korean forward telling TV3: “It is always sad if someone loses their job.

“I also don’t want to talk about it too much, I was working with him for 18 months.

“It’s been up and down. It’s been good, sometimes we’ve been not so good.

“For me and for my memory, he will still be one of the best managers in the world.

“It’s just so sad that he went without the success, it was really sad because he’s the guy that wins everything.

“This is the only team that he didn’t have success with so I feel really, really sorry about this kind of thing.

“But he will still be in my memories as he is one of the best managers in the world.”