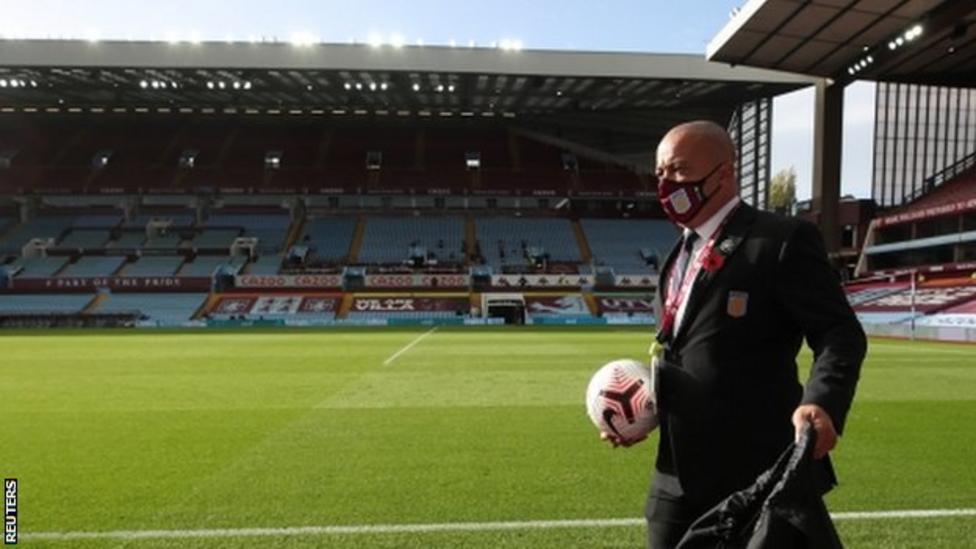 Aston Villa’s Premier League game at home to Everton on Sunday is in doubt.

The Villa training ground remains closed after a coronavirus outbreak at the club and Public Health England is yet to advise when it can reopen.

Villa may be unable to return until Saturday, preventing them having any meaningful preparation to face Everton.

The match was pushed back from Saturday as part of a coronavirus-related revising of the fixture list that has also seen two Fulham games rescheduled.

It is expected that the Premier League Board will discuss the Villa game on Wednesday.

Villa, who have three matches in hand on some clubs in the league, are scheduled to play Manchester City next Wednesday.

That game was set to take place on the opening weekend of the season but was postponed because of City’s progress in last season’s Champions League.

Villa had to field a starting XI composed of seven under-23 players and four from the under-18s, and lost 4-1.