Jaruma Finally Calls Out Tacha, Reveals Why She Won’t Give Her The Money She Promised 1 views 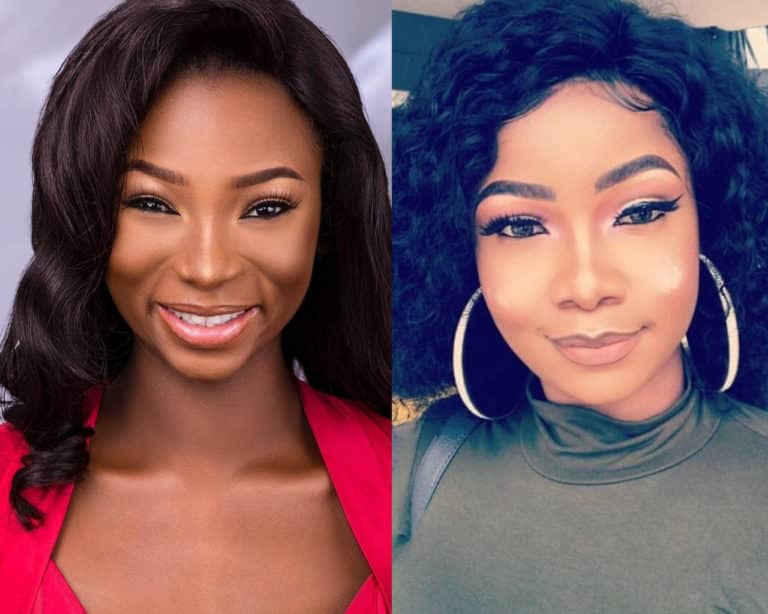 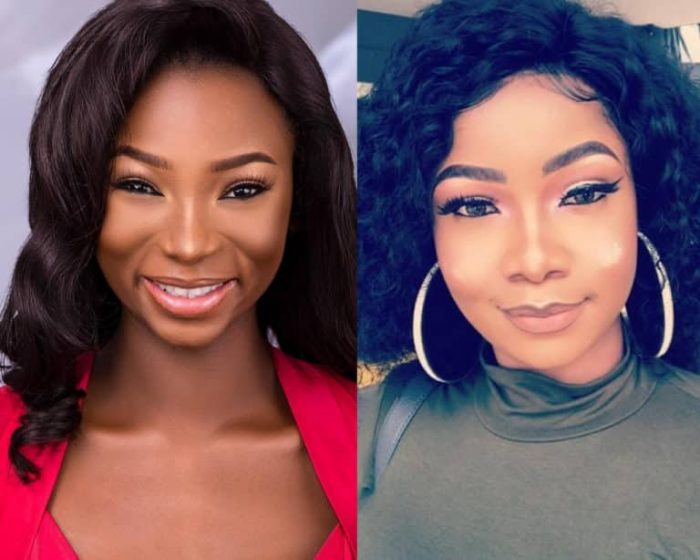 Recall that barely 24 hours after the controversial disqualification of Tacha from the 2019 BBNaija Season 4 House, Jaruma in a video that went viral, seemingly promised to give her (Tacha)

In the video, Jaruma said that she had been through so much hate and humiliation and considered herself the most hated person in Nigeria.

She went on to say that she does not support violence (the reason for which Tacha was disqualified).

He video went viral with many media outfit reporting that she promised the ex-BBNaija star N50,000, a report which Jaruma did not deny until her recent deletion of the video and unfollowing of Tacha.

And this afternoon, jaruma posted the real reason why she didn’t and won’t ever give Tacha the promised money.

Shockingly, she deleted the post in less than 1 minute, lets all hope she reposts it. 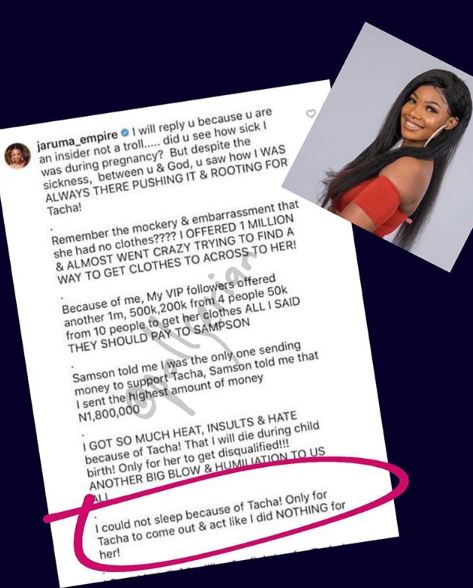 What Do You Think About Jaruma’s Claim About Tacha?

BBNaija: Gov Wike Sends Message To Tacha (Read What He Said)
"I Don’t Think I Should Be Around Mentally Unstable People" - Tacha Reveals
BBNaija2019: See What Tacha Told Mike About Her Relationship, Sharing Bed With Male Housemates
Iyabo Ojo, Jaruma, & Others Abandon Mompha As EFCC Hunts For More Of His Friends
Loading...